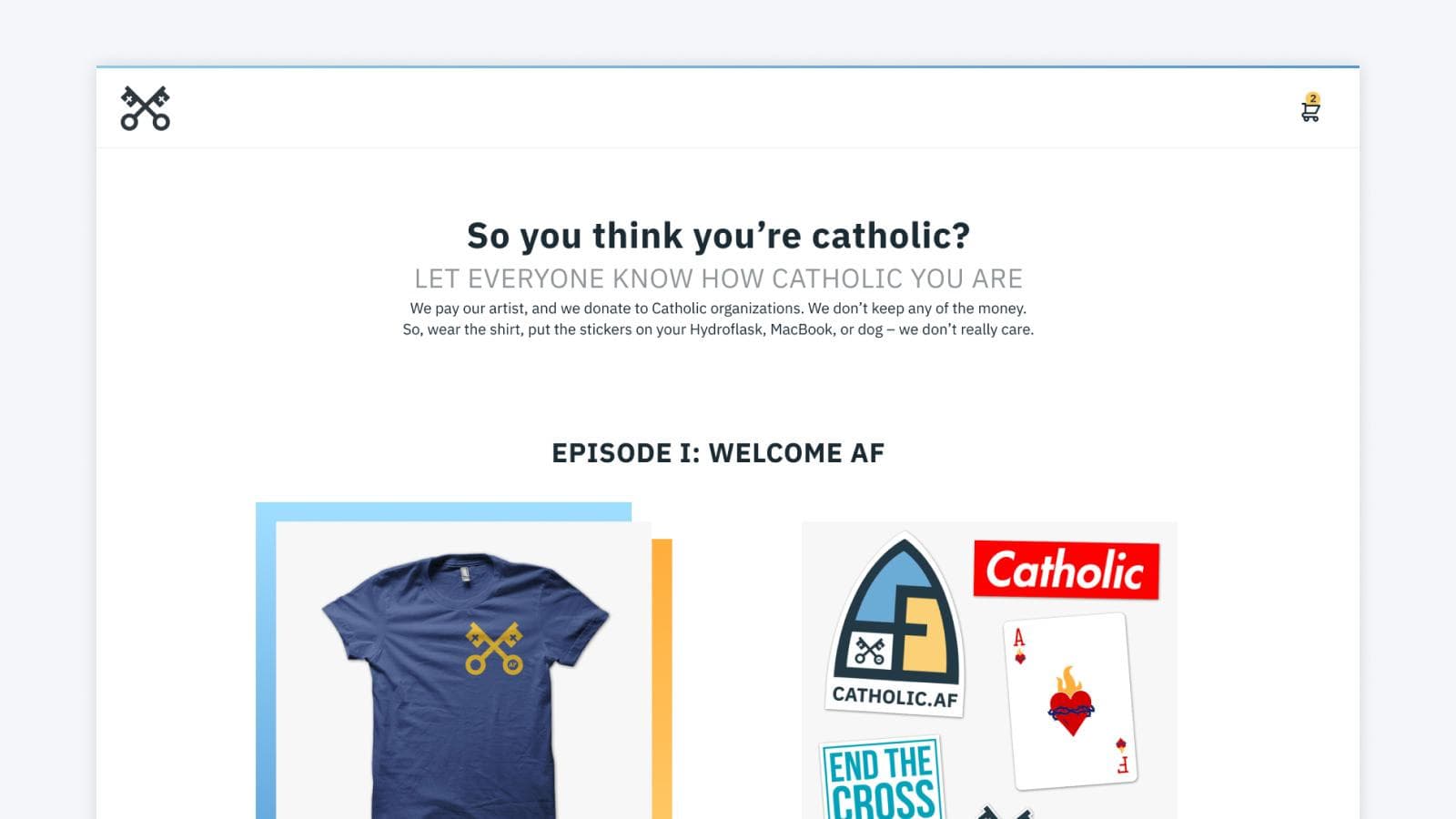 Catholic.af was a pet project between me and Mike McBride, but sadly, it's dead now. It all started because we found .af domain names, and then the fun began. The goal was to create a space for Catholic creators to have a space to show off their work and contribute to Catholic charities. Essentially, we sell the good, recoup the cost, pay the designer, and donate the rest.

Catholic.af was a design and development playground and an experiment in Catholic culture. The first was a blast, but the second turned out basically as expected – hence why it isn't around anymore.

Both Mike and I are developers and we're always looking for a place to play around, make something cool, and have a little fun while we're at it. One of my favorite parts of the site was the hover effect on the main landing page:

In the end, it was a lot of fun, and I'm glad we did it. I wish people would be a little more open to taking a joke, but there's nothing I can do about that - maybe it's my fault for tiptoeing up to the line... You can take a look at a partial working version of the app, and we've still got a few shirts and some stickers left, hit me up if you want one.